A senior British National Party member has been driving in a car with a private plate (registration plates, cherished plates) that resembles the word 'Nazi'

But the member of the right wing party insists he had no idea the registration plate looked like 'Nazi' and insisted that it was not a private plate.

He said: 'I needed to buy a car in a hurry a couple of years ago and found one for sale online. The registration plate was blacked out so it wasn't until I arrived to pay that I saw it.'

He said had he known, he 'probably would never have bought it'.

'I am planning to sell the car now as the other councilors seem to want to make a political point. I find that pretty cheap' Cr Leppert claimed. 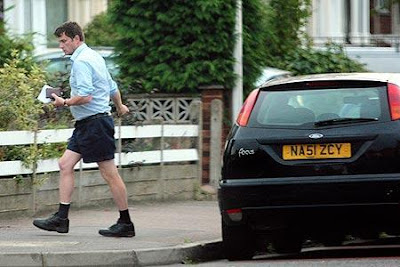