Born in Watford, Hertfordshire, Jones represented and captained the Welsh national football team, having qualified via a Welsh grandparent. As a member of the "Crazy Gang", Jones won the 1988 FA Cup Final with Wimbledon, a club for which he played well over 200 games during two spells between 1986 and 1998. He also previously played for Chelsea and Leeds United. Jones appeared in Celebrity Big Brother 2010, where he finished in third place behind Dane Bowers and Alex Reid.

He has capitalised on his tough man image as a footballer and is known as an actor for his aggressive style and intimidating demeanour, often being typecast into roles as coaches, hooligans and violent criminals.

Vinney now owns the Number plate ‘100 VJ’. This cherished plate is loved by Vinney Jones and he can be seen driving with it, throughout the United Kingdom. 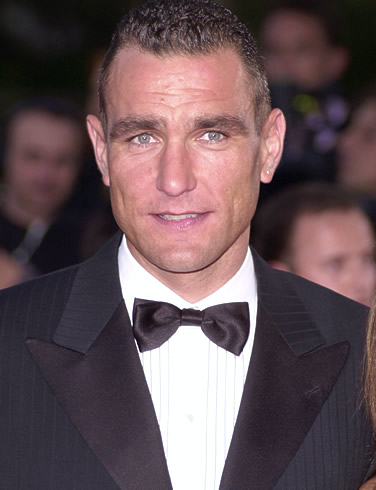 DAVID BECKHAM
David Robert Joseph Beckham, OBE (born 2 May 1975) is an English footballer who currently plays for French Ligue 1 club Paris Saint-Germain. He has played for Manchester United, Preston North End, Real Madrid, Milan, Los Angeles Galaxy and the England national team for which he holds the appearance record for an outfield player.

Beckham's professional career began with Manchester United, making his first-team debut in 1992 aged 17. With United, Beckham won the Premier League title six times, the FA Cup twice, and the UEFA Champions League in 1999. He left Manchester United to sign for Real Madrid in 2003, where he remained for four seasons, winning the La Liga championship in his final season with the club. In January 2007, it was announced that Beckham would leave Real Madrid for the Major League Soccer club Los Angeles Galaxy, signing a five-year contract on 1 July 2007. While a Galaxy player, he spent two loan spells in Italy with AC Milan in 2009 and 2010. On 20 November 2011, he joined an elite group of players to have won three league titles in three different countries, when Los Angeles won their third MLS Cup.

In international football, Beckham made his England debut on 1 September 1996, at the age of 21. He was made captain from 15 November 2000 until the 2006 FIFA World Cup finals, during which he played 58 times. He earned his 100th cap against France on 26 March 2008, and became the all-time outfield player appearance record holder on 28 March 2009, when he surpassed Bobby Moore's total of 108 caps. With 115 career appearances to date, he has stated that he does not intend to retire from international football. Having missed the 2010 World Cup through injury, Beckham has not played for England since 14 October 2009. He remains 10 caps short of the record number of 125 caps by goalkeeper Peter Shilton, for a player of any position.

Beckham has twice been runner-up for FIFA World Player of the Year and in 2004 was the world's highest-paid footballer when taking into account salary and advertising deals. Beckham was the first British footballer to play 100 Champions League matches. He is third in the Premier League's all time time assist provider chart, with 152 assists in 265 appearances. When joining the MLS in 2007 he was given the highest player salary in the league's history, with his playing contract with the Galaxy over the next three years being worth US$6.5m per year.

He is married to Victoria Beckham and they have four children – Brooklyn Joseph, Romeo James, Cruz David, and Harper Seven. In 2009, the couple's joint wealth was estimated at £125 million.
Beckham and his new private registration plate 'D7 DVB'! Beckham is known to love this cars and Cherished number plate.

Robert Peter "Robbie" Williams (born 13 February 1974) is an English singer-songwriter, and occasional actor. He is a member of the pop group Take That, but has found greater commercial success as a solo artist.

Williams rose to fame in the band's first run in the early- to mid-1990s. After many disagreements with the management and group members, Williams left the group in 1995 to launch his solo career. On 15 July 2010, it was announced he had rejoined Take That and that the group intended to release a new album in November 2010 which became the second fastest-selling album in UK chart history and the fastest-selling record of the century so far. In 2006 Williams entered the Guinness Book of World Records for selling 1.6 million tickets of his Close Encounters Tour in a single day.

Williams has sold over 70 million records worldwide, which ranks him among the best-selling music artists worldwide. He is the best-selling British solo artist in the United Kingdom and the bestselling non-Latino artist in Latin America. Six of his albums are among the top 100 biggest-selling albums in the United Kingdom. He has also been honoured with seventeen BRIT Awards—more than any other artist—and seven ECHO Awards. In 2004, he was inducted into the UK Music Hall of Fame after being voted as the "Greatest Artist of the 1990s." Williams is married to actress Ayda Field.

Robbie Williams owns a Cherished Plate 'RBZ 14'. Being a big icon to people Robbie Would inspire a lot of different people to get private number plates.

Peter Jones, CBE (born 18 March 1966) is a British entrepreneur and businessman with interests in mobile phones, television, media, leisure and property. He became a television celebrity through his appearances on the BBC Two show Dragons' Den and on his American television show American Inventor. He was appointed Commander of the Order of the British Empire (CBE) in the 2009 New Year Honours.
Peter Jones now owns the Cherished number plate "8 PDJ"!